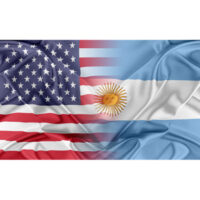 Florida has long been a popular destination for retirees from other states and other countries to spend their final years, so it is unsurprising that Florida’s probate courts have admitted many wills that were issued elsewhere.  Florida law adopts the attitude that, if a will meets the legal requirements of the state or country where it was issued, the Florida probate court will accept it and consider it valid.  The two exceptions to this rule are holographic wills and nuncupative wills, which Florida law does not accept under any circumstances, even if they are legally valid elsewhere.  A holographic will is a handwritten will, and a nuncupative will is a will without signatures.  If you are the personal representative of the estate or a beneficiary of a will issued outside the state of Florida, contact an Orlando probate lawyer.

Florida Law Only Recognizes One Will Per Decedent

Elena never married or had children.  She was born in Argentina and acquired property there and in the United States.  When she was in her 70s, she issued a will in New York, dividing her U.S. assets among her relatives and friends in the United States.  Several months later, she issued a will in Argentina dividing the assets she owned there among relatives and friends living in Argentina.  None of the beneficiaries listed in one of the wills were also listed in the other; each will had a completely different set of beneficiaries.

The appeals court determined that the New York will met all the requirements for wills in the state of New York, as well as the Florida requirements.  As for the Argentine will, it was a notarial will, meaning that Elena dictated the will to a notary, who transcribed it and read it out loud to Elena while witnesses were present.  The last paragraph of the will said that Elena and the witnesses had signed it, but no signatures appear on the document.  While Florida law has no objection to notarial wills, it does not accept nuncupative wills.  The appeals court did not accept the Argentine will because it did not have signatures; therefore, it distributed Elena’s assets according to the New York will.

A probate lawyer can help you if you are the beneficiary of an estate where the decedent issued a notarial will.  Contact Gierach and Gierach, P.A. in Orlando, Florida to discuss your case.