Make Your Wishes About Guardianship Known Now, While You Are Healthy Enough Not to Need a Guardian 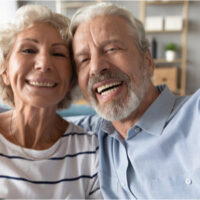 You have probably heard heartbreaking stories of elder abuse in which a caregiver, in some cases a professional caregiver but in other cases a family member, swindled an elderly person out of large sums of money while the person was in failing health.  Perhaps the unscrupulous caregiver talked the victim into changing his will to leave a greater share of his estate to the caregiver.  Perhaps the caregiver kept asking the victim for money, and the victim kept paying; perhaps because of her dementia, she did not remember how much money she had already given the caregiver, or maybe she willingly paid because she was lonely and feared losing the caregiver’s companionship.  Guardianship is one way to protect a vulnerable elderly person from financial abuse, but it means taking away the elderly person’s legal right to make financial decisions on his or her own behalf.  The best person to act as a guardian is someone that the ward (the elderly person under guardianship) chose for the role when he or she was healthy enough to make sound decisions.  It is never too soon to discuss your questions with an Orlando guardianship lawyer.

How the Guardianship Process Works

Adults have the legal right to make their own financial decisions unless they are not physically or mentally well enough to do so.  The legal term for not healthy enough to make one’s own decisions is “incapacitated.”  If an adult becomes incapacitated, the process of appointing a guardian begins with a guardianship lawyer filing a Petition to Determine Incapacity.  The judge then makes the decision to declare the person incapacitated based on a report by a panel of three experts appointed to the case.  All of the experts must hold degrees in social work or medical fields; at least one of them must be a medical doctor.  After the court determines that the person needs a guardian, anyone who wishes to be appointed as guardian files an Application for Appointment of Guardian and Oath of Guardian, attached to a guardianship lawyer’s Petition for Appointment of Guardian.

So far so good, but who will be your guardian?  Once the court has declared you incapacitated, you have no say in the matter.  Therefore, you should make your wishes known now.  If you have a family member that you trust to act as your guardian if you ever need one, specify this wish in writing.  The stories about unscrupulous professional guardians are horrifying; guardianship can be a form of elder abuse in itself in the worst instances.  And then there is the story in the New Yorker about Rudy and Rennie North, a septuagenarian couple who lived through a Kafkaesque nightmare in which the court declared them incapacitated despite the fact that they were healthy enough to solve crossword puzzles and to groom themselves impeccably.  It took them years to convince the court to give them back the power over their own decisions that it had granted to a guardian they did not know.

The Orlando guardianship lawyers at our office can advise you on documenting your choice of guardian and communicating your plans to that person.  Contact Gierach and Gierach, P.A. for help with your case.