Pending Legislation Could Inadvertently Make The IRA Your “Biggest Beneficiary” 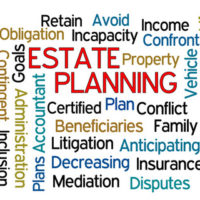 A retirement bill is advancing through Congress which could have implications for retirees and their estate plans. The legislation is called the Secure Act, and does a number of things, including delaying when people would have to take required minimum distributions (to age 72), extending the age limit that allows people to place money into IRA accounts, and increasing access to retirement plans.

However, it would also likely eliminate what are known as stretch IRAs, mandating that non-spouses who inherit IRAs drain it within 10 years instead of allowing them to “stretch” it out over their lifetime. These accounts have, for years, allowed children, for example, to inherit retirement funds from their parents and grow them over their lifetimes.  In this sense, they have served as an important estate planning tool. As a result, some have indicated that it could result in people indirectly making the IRS their biggest beneficiary.

Some have labeled the bill “the most significant retirement plan legislation” passed in over a decade. It is worth noting that the Senate version is slightly different than the House version that has passed, and would instead mandate a five-year payout when inherited IRAs are more than $400,000 versus mandating that all be paid out over the course of 10 years.

Both versions also propose noteworthy changes that would allegedly expand the availability of 401(k) plans for part-time workers and small businesses and calls for annuity options (i.e. insurance policies that convert retirement savings into income) to be offered in retirement plans. While these have previously been inherent to pension plans, they have not typically been available in 401(k) plans, and they would be protected from being sued I something happened to annuity providers (i.e. employers), which arguably makes them more feasible for them as providers. Many have noted that this could be a positive change, as many have been hesitant to invest in annuities, which allow for placing a portion of one’s 401(k) retirement into an annuity that would be greatly enhanced by the time it was paid out 10 or 15 years later, for example.

When it comes to the retirement assets you’ve worked your whole life for, you want to make sure that they are protected and inherited by your loved ones—those who your intent to inherit them. The last thing that you want is to work with someone who does not understand how changes in the laws could affect your estate.