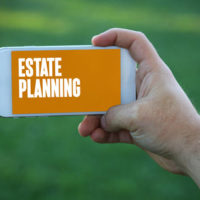 Personal property, such as furniture, jewelry, and other items commonly referred to as a person’s “stuff,” is usually the last thing you think about when you write your will or craft your estate plan.  Most people are more concerned about the truly big-ticket items, such as real estate properties and bank accounts.  In fact, some estate planning websites even try to disabuse you of the idea that any of the beneficiaries of your will even want your personal property.  The Internet abounds with blog posts about how your heirloom china is, at best, clutter, and at worst, an albatross around the neck of your gig economy superhero daughter who does not want to think about the fact that her grandmother spent hours polishing silver before dinner parties, or worse, had servants to do it.  Actually, though, it is a mistake to focus solely on the resale value and to assume that your personal property is just old junk; sometimes family members of a deceased person end up in bitter disputes over the decedent’s personal property, so to avoid disputes, you should ask sooner than later which items of personal property your heirs care about and be as specific as you can about your personal property in your will.  It is never too soon to talk to an Orange County estate planning lawyer about your personal property.

Peter’s love for jewelry was a consistent theme throughout his 95 years of life.  He worked as a jeweler in his family business, and even after he retired, he continued to collect fine jewelry, which he wore almost everywhere he went.  His love for Fana came later; they married when Peter was in his 90s, after signing a prenuptial agreement, which contained provisions about marital property which would pass to Fana through survivorship and nonmarital property which would pass to his estate, the greatest beneficiary of which was Peter’s son William.

One of Peter’s last shopping trips was several months before his death; Fana, William, and several other family members accompanied him on the outing.  Peter bought a Rolex watch for about $53,000 and a diamond ring for $18,000.  He wore them every day and kept them in the pocket of one of his suits at night.  When he was admitted to the hospital for what turned out to be his final illness, he asked Fana to keep the watch and ring in her purse for safekeeping, which she did.  When Peter’s estate went to probate, Fana and William disagreed about whether the watch and the ring belonged to Fana or to the estate.  Fana argued that they were marital property, because Peter had paid for them from the couple’s joint bank account.  William argued that they belonged to the estate, since Peter had not given them to Fana as a gift.  The court sided with William and treated the jewelry as part of William’s estate.

An Orlando estate planning lawyer can help you create an estate plan that makes explicit your wishes for every item of personal property.  Contact Gierach and Gierach, P.A. for a consultation.