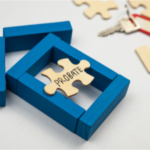 DNA science has changed the world for the better.  It has demonstrated the innocence of people wrongfully accused of violent crimes and even exonerated some who had been wrongfully convicted.  It has definitively refuted racist arguments about the biological superiority of one race over others.  It has enabled people who were adopted as infants… Read More »